sometimes puns are a sign of a damaged brain 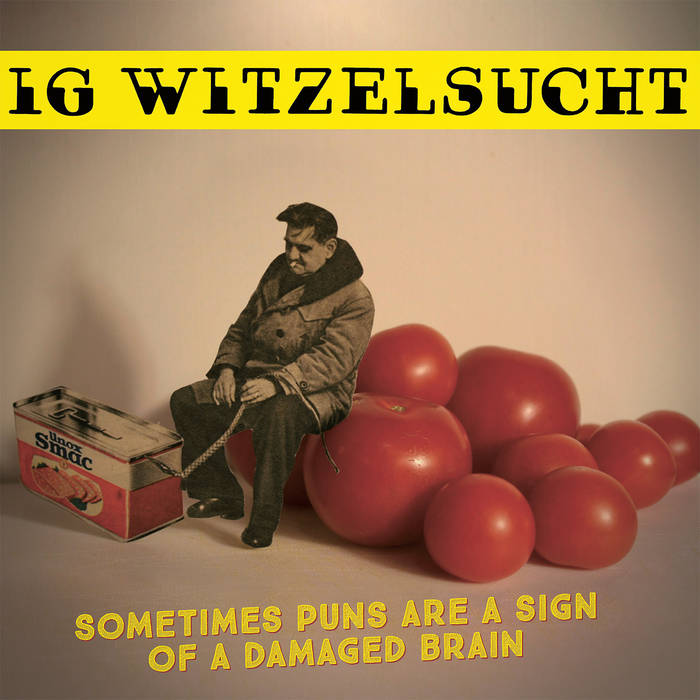 Levrikon Astoundingly catchy mess from Dominic Robertson and Lukas Simonis, with some of the biggest, poppiest hooks I've heard in a long time. Just try to listen without tapping your feet. Favorite track: Woolley Duce.

One fine evening in Rotterdam, after witnessing him walking around in a circle with a stick for half an hour, Lukas Simonis asked Dominic Robertson to join him in a rapid fire songwriting bonanza.

After 2 or 3 years many songs existed, songs about mermaids, compost manufacture, mistakes, celebrity paedophiles, geometry, and so on.

From this crop, of a trio that came to involve drummer Cor Hoogerdijk, the now complete super pop-rock allstar power outfit culled, in collaboration with Kimberley from Knock 'em dead Records, a crystalline jewel of pop-rock deluxe pleasure.

Make way, roll out the red carpet for songs about Satan, sorrows, the woes of the rock'n'roll lifestyle, the manufacture of software for your cellular device, scorpions, and the music video to Jagger & Bowie's "Dancing in the Street".

Lukas is a guitar wizard and a King in the world of weirdoes. Dominic is just a weirdo, but he is England's Greatest Entertainer, so that's ok.

Let's be real; even if the concept is good the songs can still suck. But let us start with the concept. The idea was to do some sort of automatic writing (originaly a surrealistic idea) but with popsongs. It also comes close to 'improvising popsongs'. What we did was this; Dom & me went into the studio, which was a 20 minute drive from my house, we always had something to talk about and from these talks derived ideas for songs... Is that conceptual enough? On every studio day we made about 3 songs, that means, write them, play them, record them. So 1 day work meant 3 songs in the pan. (some overdubs were done later but we won't mention them so you'll be more impressed).

From the 29 songs in 3 sessions of 3 days we did, (counting it back i realize now we had two days where we did 4 songs... shame on us) we made the selection that you can hear on the album.

So, you might want to know, what kind of music did all this hassle turn into?
Well, it's some kind of rock music and it has drums, bass and guitars and keyboards (most of the time it's a Hammond played on a Lesley box, but there's also some Casio and Arp Oddyssey) and lots of singing on it. Then we asked some friends to do bits on instruments we can only look at; i mean stuff like flutes, cello's and trumpets.

Does this ring a bell for you?

Z6 records was founded by lukas Simonis as a WORM project in 2001. The original idea was to release 'experimental electronic music sometimes mixed with weird pop sounds'. At a certain point, Simonis decided to continue the label and make it his own playground, allthough it is still related to Simonis' activities for the WORM SoundStudio. ... more

Bandcamp Daily  your guide to the world of Bandcamp

Featured sounds by K.Spark and WIZDUMB, plus Basi joins the show to discuss his latest release.